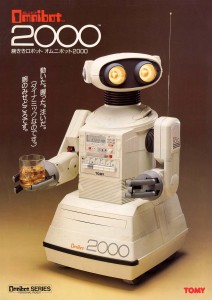 Botting has been around since the beginning of EVE Online. The appeal is to automate boring tasks like Mining and produce a steady income of ISK.

More recently, the abundance of Mining Bots has led to a crash in ICE and Mineral prices making the practice less profitable. This then led to the current rising trend of Ratting Bots and Missioning Bots.

In Null Sec it's not uncommon to come across a player running the Ratting Bot. They are the ones who tend to Rat all day long in a system with a large amount of asteroid belts.

Maybe at this point you're thinking: "Where can I get one!"

But before you run off and buy your self a botting program you should know about the downside...

Botting costs CCP money. The more people that Bot, the less people that pay subscriptions, or buy PLEX cards to sell. It is very much in CCP's interest to stop botting. Because of this CCP regularly bans players caught running Bots and actively seeks ways to more quickly identify them.

I'm willing to bet that CCP buys every Botting program it can find, then identifies their behavior, and bans all the players using that Bot.

But there are those out there who program their own personal Bots which escape this. However, they still show the same behavior patterns.

Listen, no one mines, rats, or missions for 23 hours a day. That one trait gets many people banned.

Now sure there are ways to get around some of the obvious signs like this, but unless you are a crazy good AI programmer that can make a bot act human, you will likely get caught and have all of your accounts banned.

So, yes you can go buy a Bot that will make you ISK, but in all honesty its not worth it. Why risk losing your account? What happens when CCP starts banning IP addresses for botting?

I have a feeling CCP will at some point add anti-botting features such as simple Turing Tests (think captcha) that are issued when a player exhibits a certain number of Bot like behaviors.

One thought on “Using Bots and Scripts in EVE Online”