Things EVE Pilots Wish They Knew When They Started 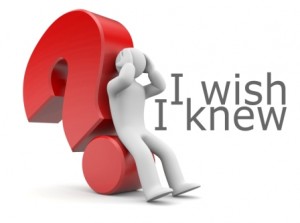 Earlier today I saw a cool thread over on Reddit/EVE and wanted to share some of the comments here because I think they have some value. On some I will add my own interpretation, others are hopefully self explanatory.

If you want to read the original Thread click here.

1. Bigger is not better

Don't rush to get a battleship when a Frigate that's well fit and well trained for can do so much.

Having Heavy Assault Cruisers at Level 1 but lacking the Tech 2 weapons and fittings is no better than giving your money to a ISK Doubler in Jita. It's gone either way.

3. Nullsec is not a scary monster. All those ****ing months I wasted in highsec 🙁

Null Sec is safer than High Sec in many ways if you know what you are doing. Learn the basic survival skills and you will find Null Sec is mostly empty beyond the first few systems. Find a way in (Wormholes perhaps?) and a way out and you can get access to some of the most profitable Exploration and Combat Sites in the game. Check this out for more info.

5. Ships are ammo, meant to be expended.

Be ready to lose every ship you fly, because odds are you will. Especially if you PVP. Don't go watching PVP videos of some guy wiping out entire fleets and believe that that's how PVP always is. It's not. Solo PVP is about getting Ganked, ECMed, Tricked, Hot Dropped, Instalock Camped, and THEN after having all those things happen to you, getting an AWESOME fight worth showing other people. I know from experience, Solo is hard but because of that it's incredibly rewarding.

6. Don't wait until you're "ready" to leave highsec, the only way to learn how to live in low/null is to actually do it.

The advice I give new pilots on how to learn solo PVP hasn't changed in over five years. Go buy 10 fully fit Tech 1 frigates and lose them all in less than a week. Fight everything you see and learn from every loss. Most likely you will get a kill or two before you run out, but even if you don't I promise you will do much better when you do it all again next week.

7. Spam Warp when you are about to die so you get your pod out.

If you see the fights over and you have lost, then before your ship explodes, click something on your overview or in space and start rapid clicking warp until you see your pod warping away. This is obviously less important if you have no implants and want a Pod Express back to your home station so you can reship.

Blitz them and get tips for each mission by looking at EVE Survival.

9. PvP is EPIC, and where this game really shines.

10. Find a corp and join it as soon as possible.

Don't get suckered in to becoming a worker or cannon fodder for someone else. But DO find a group of people who live near you and play at the same times as you to join. The friendships you make in EVE are one of the best parts of the game and being in a corp will help you learn faster.

The most valuable skill in EVE. One that I have made many videos about. You can find them here and I suggest you start with the old but highly rated one here. Some are a little old and don't have all the same features Directional Scan has now but the technique is the same (just easier now).

12. Change the name of your ship so it does not give away your characters name.

If I see three ships on scan and the one ship I'm about to warp in on (in a Faction Warfare plex for example) is named MetallicaFan61's Stabber, you are giving me a small advantage because I will look at your character info and check age, corp, etc to judge my odds of winning the fight or being blobbed.

Even mining in high sec isn't safe... Sometimes PVPers get bored and miners die. Also never autopilot in a ship full of expensive stuff through high sec. You will be ganked.

14. Don't be afraid of warping out (when possible).

If you are losing a fight and can run, then run. There is no Honor is losing when you could have escaped. Better to warp out, then reassess the situation before committing sometimes.

It is now a passive module and doesn't need to be activated.

This isn't fair because there is a very rare breed of EVE players the enjoy mining but in general, if you try mining and don't enjoy it after a few days then never do it again because it's not gonna change. Lasers, Rocks, and extreme boredom. There are much better ways to make ISK in EVE.

18. Its OK to make mistakes; learn from them.

The fastest way to learn in EVE is to die (a lot), while your at it use this article and video to teach you how to learn 100 times faster.

The biggest hurdle most pilots face when starting PVP is desensitizing themselves to the rush of PVP. Get out there and go crazy, lose some ships so you can tame that rush.

20. Don't try to plex your account (for the first few months)

You're going to have to learn the game, there's no way around that. But when you're ready to start playing for "FREE" get The ISK PRO Guide and then send me your testimonial.

21. In exploration (Probing) you can double click on a scan result to make it the center of the map rotation.

Some time spent learning the tricks of Probing will take you far.

22. Learn how to set up your Overview

The best resources for this are EVE University's guide and my Video Guide (old but still the same basically).

23. Implants. Skills can be learned faster with implants.

If you don't plan on PVPing for a little while or plan to only PVP in low/high sec then get some implants to boost the attributes that affect your training.

24. There is no such thing as a ''fair" fight. Someone always has an edge.

If you do it right, it's you with the Edge. And while there are no fair fights in EVE there are Honorable Fights. Honor 1 vs 1 Fights as a rule but don't always expect your enemies to.

25. Don't Reinvent the wheel. Learn from someone else.

You don't have to do it all alone. Join a corp, watch some videos here and on youtube, ask questions, and never stop learning because in EVE there's always something you haven't learned yet.