The Wolf PRO Guide is LIVE! 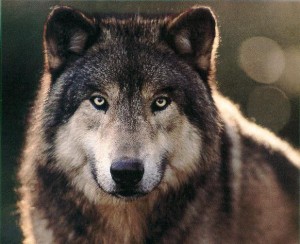 As of about 1 minute ago the new and very kick butt Wolf PRO Guide is online and ready to turn you into a PRO Wolf Pilot!

If you want to master a Solo PVP Ship that has the potential to penetrate deep behind enemy lines, escape gate camps, kill large ratting ships, kill recons, kill HACs, and take on overwhelming odds... THIS IS IT!

The Wolf can do all of these things, which is why it's quite possibly the best and most accessible PRO PVP Ship. Virtually any EVE Player can fly it, if not right at this moment, than within a few weeks of focused skill training. Even a brand new character can be in a capable Wolf in less than a Month!

One thing that stands out about the Wolf is how fun it is!

Over the last few nights I've taken it out for fun to Providence and every time I've been able to take on their impromptu fleets and snatch some fun kills from them. There's just something really exciting and cool about taking on 5-15 people and forcing them to make mistakes that allow you to get one kill after another despite how hard they try!

Not only that, but I recorded these ventures into Providence and will be adding the video guides from them to the Wolf PRO Guide which will bump it's total length to somewhere around 3 hours (I originally planned on keeping it under an hour but it was too fun to stop)! That's a lot of really cool PVP lessons!

All that's left for you to get the craziest most intense fights of your EVE Online life is CLICK HERE!

Imagine how cool it's going to be to take on 10 man fleets and get kills! (and then to see them plastered on your corp/alliance killboard too!)

2 thoughts on “The Wolf PRO Guide is LIVE!”