The 10 Most Common PVP Mistakes In EVE 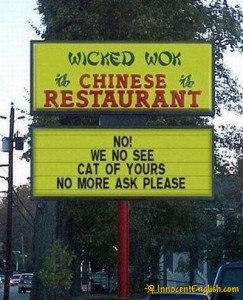 Sometimes it's just as important to learn what not to do as it is to learn what you should do. So in this article I'm going to talk about the most common mistakes I see people making and how to avoid them.

So here are the 10 most common mistakes I see. (Not in order!)

1. Not Covering Both Sides of a Gate

Every where I go in EVE I come across camps. Some in low sec, some in null sec, but no matter where they are, I always see the same tactical mistake.

They only cover one side of the gate or get greedy and all aggro on one side so no one can jump to the other.

I exploit this every single time I go out on a solo roam. If I can't escape the camp by burning away or warping quickly, I will run back to the gate and jump out to the other side and 90% of the time nothing is there waiting on me!

Even when I encounter 50+ man camps, they will not jump anyone to the other side because they are all so desperate to kill mail whore that they all aggro. This costs them alot of kills.

The correct way to do this is to have pre-designated Squads that consist of the tackle and DPS needed to cover each side of the gate. When a target comes in, the FC can then say "Squad 2 jump across, Squad 1 hold this side!"

By doing this you will get many more kills.

If you are camping a gate, you should not bubble the moment a target jumps in! Wait for the target to decloak, then bubble.

If the bubble is out prior to warp, the target will likely try to either burn out of the bubble, or burn back to gate. This is especially important with cloaky ships.

Ideally you want to bubble after they have decloaked and before they have reach warp speed (75% of max velocity). By doing this you will actually stop their warp and their ship will slow to a stop, giving you several seconds to lock them down with tackle.

In the case of a cloaking ship, the target would hit warp, cloak, then the bubble would stop their warp leaving them in the same spot they uncloaked not moving.  Now the fast ships in the fleet charge the position where the hostile ship cloaked and they uncloak it and kill it.

Delayed bubbles get more kills! (they have cost me a few combat interceptors)

3. Splitting your forces / Isolating your self from your fleet

There are times when you should and shouldn't split your forces. Typically, you should only split when each separated part is capable of handling the threat on it's own.

I can't count the times I have successfully engaged massive fleets while solo and gotten kills. The reason? They allow me to isolate their weaker ships.

There is a very special "Art" to isolating targets and most solo PVPers are very good at it. I will cover how to isolate targets in a later guide since it's a very important and large topic.

As a basic rule, keep your weakest ships with the main fleet, don't let one ship get to a position where  you can't get to it very quickly, and when in a fleet make sure you don't put to much distance between you and your tackle/bait.

Aggro is a balancing mechanic in EVE. It prevents people from using stations and gates as a way to be unkillable. When you aggro you cannot jump or dock for 60 seconds.

5. Fitting your ship without a clear tactical plan on how you will use it

Listen, just because you found a fit on battleclinic that everyone loves doesn't mean you should use it. First you need to understand tactics and understand how and why you fit to exploit certain tactics. Also you need to know when those tactics will work and when they won't!

Example: Most Vagabonds are fit with the intention of "Kiting" which means they fight at beyond 15km at all times and usually around 20km.

I can't count the times I've seen someone flying a kiting vagabond with short range ammo going in close on the target. The ship simply wasn't built to be used that way and you are suiciding it by using the incorrect tactics.

Know what your ship does best, how you plan to exploit your enemies weaknesses, and then match your tactics to that.

In many fights (solo and fleet) the outcome is decided in the first 5 to 30 seconds. If one side quickly loses a logistics ship or an ewar ships, or even just a fleet DPS ship it will change the course of the rest of the battle!

Why would you wait until you have lost to Overload?

I typically overload for the first 30 seconds at least of every fight I'm in. Then if the fight is close I will cycle my overload on and off throughout the fight until I'm at about 90% damage on my modules. By doing this early I ensure that I've exhausted every advantage I have by the end of the fight, rather than dying with 10% damaged mods.

One of the most important things you should learn is that the guy who punches first usually wins. So punch first and punch HARD!

Whether you are camping a gate, leading a fleet, or flying solo, you must know whats happening around you!

When camping a gate you should, if at all possible not only have eye's on the other side of the gate but also on the gate in every system linked to your system. The reason is many times people will come at camps from behind to hide their numbers.

When leading a fleet you need to develop the skill of visualizing the battle space. As intel comes in you must visuallize enemy positions in your head (I see it as a picture) and at the same time predict the enemies actions so you can be one move ahead of them. This takes practice but it is one crucial skill of a great Fleet Commander!

A solo pilot must think quickly, know what's coming (overview and directional), where threats are, what they are doing (mwding toward you?), and a host of other information. The more effieciently you process all of this information the better pilot you will be.

I make this mistake all the time. I switch from a kiting ship to a close range ship like a Dramiel then hit orbit and go flying away from the target and losing point!

Try to make a ritual of checking your orbit every time you undock.

Many people wonder why I don't fly Vagabonds or Cynabals or even Macherials. The answer is because my flying style guarantees I will lose every ship I fly within hours and maybe days if I'm lucky.

A long time ago I killed a Officer rat that had over 3 billion ISK in loot. Feeling rich I decide I would fly Solo Zealots all the time. I got lots of kills with them, but I also went through 3 billion ISK in just a few months.

Now I typically stick to ships that have a high ISK to Power ratio. For example, I can fly a hurricane and do 90% as well as I would in a vagabond. The difference in price? about 100 million ISK!

This is especially important when you're just getting started. Stick to T1 frigates, then T2 frigates, then move up to t1 battlecruisers and battleships.

If it's T1 you can insure it and only pay a small percentage of the ship cost for each one you lose.

Remember me saying my flying style causes me to lose ships? The reason is because I take A LOT of risks!

If I have a 1 in 10 chance of winning a fight, I will usually go for it because most the time the enemy is either poorly fitted, poorly skilled, poorly piloted, or all of the above. This allows me to pull off seemingly impossible victories.

My personal view is that anyone who has better than a 10 to 1 kill ratio is not taking enough risks. They are leaving kills on the table, and missing out on the most fun fights they would ever have.

The fastest way to learn in this game is to die. Go out there, take lots of risks, and examine every fight you have for ways you can improve the next time.

This article contains alot of Pure PVP GOLD if you paid attention to it. Study this and you will become a better PVPer!

One thought on “The 10 Most Common PVP Mistakes In EVE”