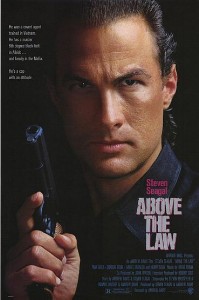 The EVE Online Expansion Odyssey was released earlier today and one of the things I am most looking forward to is Tags For Sec, which will allow people with low security status (like me) who are too lazy to rat, to buy their sec back with tags and ISK.

From a ISK Making point of view this means that for the first few weeks the Tags used to do this will be hugely over valued on the market. Thousands of people like me will go and happily drop a few hundred million ISK to get back to "even" sec status. This will create huge demand for something that no one has had time to farm yet, resulting in ridiculous prices (My prediction). Basically there is a huge built up "Waiting List" of people out there wanting to use these tags and there are none of them yet on the market (at launch time).

The way for you to cash in on this is to get out to low sec (in an Assault Frigate, Bomber, or T1 frigate or T1 Cruiser), use the proper resists and ammo, then go on a Ratting Spree to collect as many of these new Tags as possible. Then take those tags and sell them for likely the most they will ever be worth.

As time goes on more people will see the profit potential and start farming them plus fewer people will need them because the built up demand will be satisfied. This will bring prices down steadily until they level out. So sell fast.

From a PVP point of view this means low sec will be crawling with ratters over the next few weeks (forever?), many of who will not keep an eye on local, will probably rat in dead end systems with lots of belts, will often rat in dumb ships like battleships, will not run directional scanner every 10 seconds to see what's around them, and finally will lose ALOT of ratting ships.

So my advice to PVPers who want to kill some Ratters, is to make the most out of the next few days/weeks. Move fast, scan fast, and kill fast. Use a ship that can counter large ratting ships like an Assault Ship (the Wolf) or a HAC (or Stabber Fleet Issue). Also, consider using tricks like a cloaked Pilgrim in a heavily ratted system, a noob alt in a rookie ship (to look nonthreatening) to scout and find targets before you come in.

Finally, collect your tags from the ratters loot and go buy back the sec you lost while killing them. Have Fun!