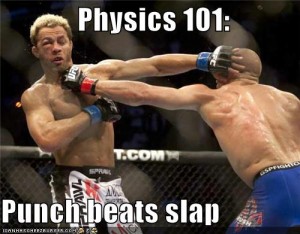 Tactics are one of my favorite aspects of EVE. Out maneuvering enemies and leading them into traps is very enjoyable.

Instead of jumping into more advanced stuff, I wanted to cover the basic tactics of engagements in EVE.

First there are different fighting tactics that apply to both Solo and Fleet battle. The most basic of these are Brawling, Kiting and Sniping (OK I made up the term brawling because I didn't know what else to call fighting up close).

Brawling = Fights that take place at less than 10km. A blaster Brutix is a brawling ship.

Kiting = Orbiting your target like a kite, staying out of his effective range while keeping him in your effective range. This tactic is used to exploit the short range of Brawler Ships. Most Vagabonds are setup to Kite their targets and orbit at around 20km.

Sniping = Fighting at about 80km or greater. This tactic has many variations. Sometimes there is tackle in close, at range, or even non existent. The primary goal is maintain enough range on your enemy that he cannot damage you while you can still damage him. The Apocalypse is a great Sniper ship.

This is not the only way to fight in EVE, there are many other tactics, however these are the most basic and common.

By knowing how your opponent is fit and how he plans to engage you can custom fit your tactics to the situation, which is why I like ships that have the ability to use multiple tactics. For example, the Nano Tracking Hurricane I fly is often used to kite, but against a softer target like a Arazu it can go in close to kill more quickly and avoid being damped.

Typically solo and small gang setups use kiting or sniping because it allows them to engage larger fleets and disengage when needed. Most good solo setups are built to be able to disengage when things go bad.

Snipers require tackle to be fully effective. This means that interceptors will have to go in close and be at risk or the fleet will have to use a long range tackling ship like the Lachesis which can point at 60km or further. Either way the use of tackle becomes a vulnerability for the sniping tactic.

An ideal Sniping opportunity would be defending a deadend system in nullsec by bubbling the inbound gate and shredding everything before it can fly out of the bubbles. This avoids risking tackle ships because tackle is accomplished with the mobile bubbles.

These are just the basics and I will cover many more advanced tactics in the future, but every PVP pilot needs to learn these basics.