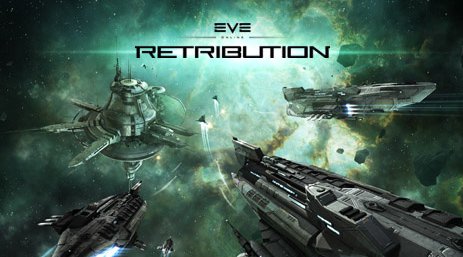 In a recent Devpost CCP listed all the changes that are planned for the upcoming Retribution Expansion that will be released on December 4th. This list of changes is pretty massive and I can't remember any other expansion to ever have this many changes.

The major changes are:

There's more than that but those are the major points.

For those of you interested in hearing more details I have created a Video and Podcast (the audio from the video) where I discuss all the changes and how I think they will effect the game. It's pretty long because I go into some detail on many of the changes.

Update: In the video I say that I think ASB's will have their amount boosted stat changed. That's not accurate. The actual change will limit capacity so you can load fewer cap boosters and thus not boost for as long. A counter change to this is that the X-Large Ancillary Shield Booster will have it's duration increased from 4 seconds to 5 seconds. Meaning that with a X-Large you will be able to boost for 45 seconds before running out of cap boosters instead of the old 52 seconds (with navy cap boosters). My guess is that this will cause the majority people to start building fits around the X-Large booster on T3 Cruisers and Battlecruisers.

What do you think?

3 thoughts on “Retribution Changes – Analysis and Discussion Video and Podcast”