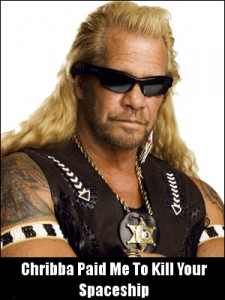 In the coming Retribution Expansion (To be released in December) CCP will be redoing the Bounty Hunting System AND the Kill Rights System.

As most players already know, Bounty Hunting as it currently exists in the game is a joke. Some players collect large bounties for bragging rights then never undock the high bounty character, others wait until their bounty reaches a certain level then they simply Pod themselves with an alt or have a corp mate do it to collect the money. As it stands now putting a bounty on someone is almost the same as giving them ISK! Achieving a completely opposite effect than is intended.

The new system aims to fix this by linking the bounty payouts to the ISK lost in each kill, making it very unprofitable to kill your self. The problem is that it's not all that profitable for other people to kill you either.

The key one is to give people faith that money they put into the bounty system has a fair chance of actually leading to their target crying tears of fear and frustration.

The core of the new bounty system is to pay out only a portion of the bounty at a time, instead of paying the whole pool upon a kill.

The reason it's no longer the same "winning the lottery" type deal is because CCP is only going to payout 20% of the kill value. So if you hunt down a pirate with a 10 Billion ISK bounty on his head and you blow up his HAC worth 200 Million ISK you will only get paid 40 million ISK from his "pool" of bounty.

In effect this makes Bounty Hunting better, but still not profitable enough to focus on as a career. In practice I think it will end up being a nice little bonus that you get unexpectedly while doing your normal PVP.

It's better, but I would like to see a system that would provide enough incentive for players to form "Bounty Hunting Corps" and start hunting people as a fun new in game profession. This just isn't enough ISK to be worth the trouble to hunt down individual pilots.

That's not quite the whole story though...

CCP is also extending the Bounty System to Corps and Alliances. This is exciting because it will DRASTICALLY change the Mercenary Business in EVE. Now instead of hiring Mercs, an employer can anonymously drop a few billion ISK on say TEST and then within 24 hours several Mercenary Corps will War Dec Test AND move into their space.

Our main focus is on getting the individual bounty system to function, but we feel extending bounties to corporations and alliances would be an excellent and exciting addition. So, well, we’re doing that.

The excitement here is that by hunting only those with bounties most PVPers will be able to PVP profitably. Something previously reserved only for Gankers, Gate Campers, and the occasional conservative PRO PVPer (not me, PVP isn't fun for me unless I'm taking crazy risks).

Note that bounties are paid out for anything that creates a kill report, so you’ll get bounty paid for destroying for instance a POS belonging to a corporation that has a bounty placed on it.

This means the you can hunt POSes of high bounty alliances and on many Large POS doing over 1 billion in damage is not out the question, so a 100-200 million ISK Payoff. That makes the boredom of POS shooting a little more interesting.

Now for the coolest part of Retribution IMO:

Kill Rights will now be transferable and not only can they be sold, but they can be purchased on the spot anywhere and anytime!

So you can fly around looking for these people in high sec, buy the kill rights, gank them and move on the next target...

The second way is in how the kill right is used. This is changing from previous functionality. If you have a kill right against someone, you can activate that kill right to make your target a suspect (i.e. give him a Suspect Flag, as explained in the crimewatch blog). This allows anyone in the vicinity of the suspect to engage him legally.

An additional functionality is that you can allow other players to use your kill right. You can mark any of your kill rights as open and set a price on using it. This price can be any ISK value you want, including 0. There is a new bracket icon for open kill rights, so spotting players with an available kill right on them will be easy.

Kill rights are bought “on the spot” in space, i.e. if you select a player in space and that player has a kill right on him for sale, you can buy & activate (one action) it right then and there. This immediately puts a Suspect Flag on the target, thus allowing you and others in your vicinity to attack the target. If the target player is killed while under a Suspect flag, then the kill right is ‘spent’. If the target manages to escape and the Suspect flag timer (15 minutes) lapses, the kill right is still available to be purchased (activated) later on.

Kill rights will continue to have a lifespan of 30 days.

I have some concerns with how this will play out in practice, because there are some potential ways to abuse this. If you can sell kill rights for ISK, it will become profitable to start collecting kill rights. Meaning some pilots may fly around low sec in cheap ships bait attacks and "gather" kill rights for resale. There are alot of implications that will have for both the collector and the pvper.

Beyond that, what happens to low sec PVP?

If every kill has the potential to turn into a kill right that is executable at any time, then any time you have kill rights, you are in extreme danger in high sec. No Hauling, No Mining, No auto-piloting, nothing. I can already see "Alpha Gangs" sitting in trade hubs running sensor boosted arty Tornadoes and killing every kill rights pilot that passes by.

So there are a lot of questions left unanswered here, but overall I am very exciting about these changes.

Finally, here are some additional comments from CCP about what they are considering to do next in this area:

There are a few additional things we’re looking into as a possible post-Retribution iteration work. Some of that stuff is too early to discuss right now, but here are a few tidbits of what could happen:

New modules are much less of a focus this time around for team Super Friends, but there are a few things here we’re doing: