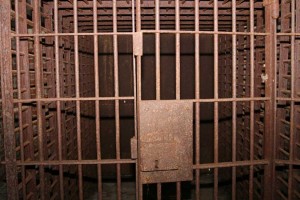 Since I'm painfully grinding my security status back from below -5 to a level that allows me to PVP properly, I thought it would be a good time to talk a little about Security Status. (Even if it is broken)

Security Status is what you get for killing NPC's and what you lose for killing Players. Thus creating a system that punishes PVP with restrictions and disadvantages.

Entering these systems when your sec is too low will result in you being chased and potentially killed by the Navy (not Concord).

It's still possible to get most ships through these systems but only if you move quickly.

Go below -5.0 and you are a permanent Criminal, which means you can be shot by anyone anywhere. You are Flashy and PVP + Travel just got very very annoying.

The solution? Get a hauling alt and live in low sec while you watch your Sec Status drop to -10.

But that's all very very annoying and in my opinion a very BIG mistake on CCP's part.

Low Sec is dead for two reasons... First, there's nothing there worth getting and second, PVP is punished severely in low sec. Having to Rat for 1 to 2 hours in Null Sec to rebuild enough Sec Status to cancel out one low sec kill is TOO MUCH.

Let's get back to mechanics...

How do you get Security Status Penalties?

Further the severity of the sec hit is based on the security of the system you are in when you commit a criminal offense. Killing a Player Ship in a 0.1 has a MUCH lower penalty than in a 1.0 system (which will get you concorded on top of the sec hit).

Basically if you like to PVP and you don't keep ALL your PVP in Null Sec, you are punished with hours and hours of ratting to repair it.

But what's the fastest way to repair your Security Status?

In a very early article I did for this website I teach the secret for gaining security status at a faster speed by using the games mechanics to your favor. Usually people try to sit in one system and mission or rat for hours on end to raise their security status, but this is a very slow way to do it. In the end these people end up only getting one security status increase every 15 minutes, and that increase is only based on the highest bounty NPC the player has killed in that 15 minutes. It is NOT a combination of all rats killed over the 15 minutes.

So the Mechanics are:

Based on this the fastest way to increase your security status is to get a ship with high DPS output, that can easily navigate Null Sec safely, does the proper damage types for the resident NPC rats, and then find a "loop" in null sec.

By loop I mean a stretch of 5 or more systems that form a circle (Dot-Lan is great for this). Next jump system to system, killing one NPC battleship in each system, and repeat. Then repeat again and again and again, until you want to start crushing your mouse into your head.

Finally, keep in mind this will all change a little in the upcoming Retribution expansion. CCP has decided to front load security status hits, AND remove the distinction between "attacking a player" and "killing a player" meaning that you will get the full sec hit for killing a player even if you just Jam him or Web him to escape. (hopefully they back away from this before release)

My advice is to get your security up before this patch because as you will see in my next article, PVPers may have something new to do in high sec after Retribution is released.