Looking for the funnest two seconds of Thrasher PVP? This InstaKill Fitting Delivers by Nuking enemies before they can react!

Over my time in EVE I have come across a lot of fun ships and tactics. One of them is the Sensor Boosted Alpha Thrasher.  This ship has one purpose, to lock and shoot instantly. And when it does shoot, it hits very hard.

Your ideal targets are Pods, Shuttles, and Squishy Frigates (Stealth Bombers, Covert Ops, Ewar Frigates, and about 50% of Interceptors). 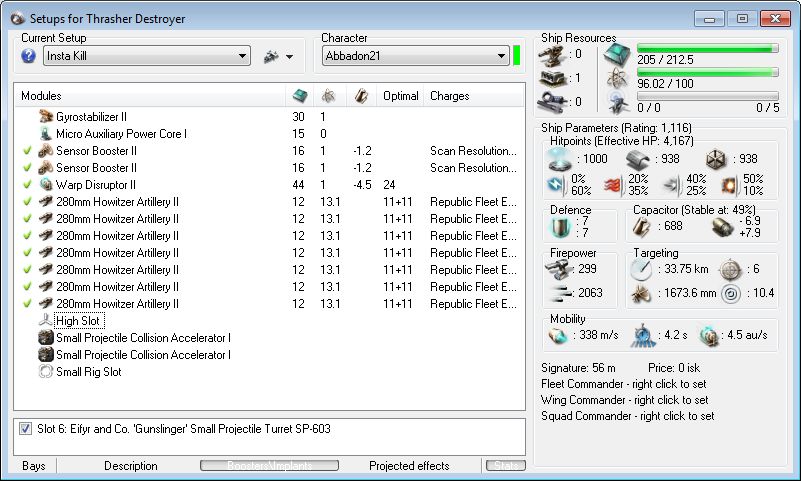 In summary, this ship will lock most targets in about 1 second and do over 2,000 damage instantly. That's more than enough to make the squishy targets I listed above go boom real nice.

Keep in mind that you lock very fast and your damage is applied instantly in one HUGE burst. This takes pilots by surprise and causes panic, which in turn causes mistakes meaning you often will get two or even three shots on a target.

Should you want to try this with a fleet, then use the same tactics, except expand you target list based on the amount of thrashers you have.