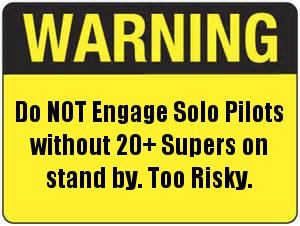 CCP knows that Sov is broken, and if they aren't furiously working on a fix they will continue to lose players to stagnation. The answer is simple Occupancy = Ownership and get rid of Sov Timers. No more Defensive Mechanics. Encourage offense. Encourage activity.

Which leads us to Force Projection...

Maybe I'm just nostalgic but I remember my early days in Low Sec PVP roaming with 10-15 man BS Fleets looking for a Brawl. Sometimes you would find nothing, and some times you would gank someone, and every once in a while you would have an epic BS Brawl that made everything else worthwhile.

Getting dropped by carriers was very rare, triage almost non existent and even when you did get dropped it was just one or two carriers.

Carriers back then were as rare as Titans are today.

In the past it was very hard to counter a good gate camp because they had scouts that watched for incoming fleets. You picked your fights. Today you attack a procurer and get Titan Bridged by 100 people.

So is EVE a game where you must be the biggest alliance with the most numbers and moons+renters or go home?

OR is EVE a game where there is a counter to everything? An Interstellar Chess Match.

Personally I liked fleet PVP a lot more before everyone had a Titan. Titans make alliances lazy and discourage enemies from ever daring to fight you.

I was just out roaming in a Solo Raven to get more footage from my Shield Boosting Guide and everyone assumed I had a Cyno because "no one roams solo in a BS without a Cyno."

This is a clear example of why Force Projection DISCOURAGES Small Gang and Solo PVP.

Maybe it's just me but low (and null) has changed over the last few years from a place where small gangs and solo pilots are common to a place where they are so rare people assume they MUST be cynos.

Faction Warfare has in some ways made it even worse by encouraging all of low sec to participate. So all you see are frigate fleets and solo warp stabbed plexing frigates.

What happened to new corps moving to low sec and carving out a home?

Why is CCP pushing the mechanics toward a "Join Goons, N3, or PL, or don't even try game?"

Why does CCP worry so much about finding innovative new ways to make their server able to hold 10,000 man BLOB Battles at full TIDI that last 48 hours straight and are so slow that people can go eat dinner in between ticks?

I'm no Game Designer but I think thing CCP needs to declare war on Blobbing, F1 PVP, and Mega Alliances/Coalitions.

Starting with limiting Cynos to allowing only 1 to 5 ships to jump through before shutting down. Then a 30-60 second cool down timer.

Then follow that with a Mass Limitation on Titan Bridges that only allows 5-10 BS worth of Mass every 30-60 seconds per Titan per Cyno.

The answer to fixing EVE is not to make it more conductive to mega blob F1 PVP, it's to focus on the health of the small groups, the 10 man corps who just started playing, the 100 man alliance that's audacious enough to move to low/null sec and carve out a home.

B-R5RB was not an amazing achievement, it was the Warning Sign at the edge of the cliff.

Make EVE fun for the little guys and everything else will follow.