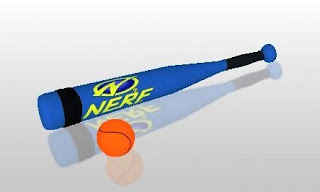 Today's Dev Blog came much sooner than I expected. The last I heard it wasn't due until mid October.  This suggests CCP is listening to us and prioritizing our concerns. Thank you for listening CCP.

Here's what they said...

Now for the really cool stuff:

We are going to allow capital ships to use gates in lowsec/nullsec, and we are aiming to make gate-to-gate travel take less time than jump travel over distances of more than ~20 LY. We've run simulations for capital ships travelling between arbitrary pairs of systems, and settled on the target movement speed of no less than 3 minutes per lightyear for travel over 20 LY. This should allow us to bring about the main change we want to see – less sustained use of jump travel – while still preserving its value for short bursts of movement.

Almost all jump-capable ships will have their range reduced to 5 LY after skills; this is both necessary to allow us to not penalize short-distance travel in a cleaner way, and also as a goal in and of itself to constrain the distance covered in single hops. . (Note that jump portal range on a ship is always the same as its own jump drive range.)

A little confusing the first time you read it, but it gets more clear when you read this:

The primary change is the addition of a new mechanic, called "jump fatigue".

Jump fatigue is tracked for each character, persisting between play sessions and over downtimes as appropriate.

What this means, is that every time you Jump a capital ship or Jump through a Titan Bridge, you will gain a Jump Fatigue Timer. This timer will be based on the numbers of Light Years (LY) traveled.

But the best part is that each jump will Multiply not Add to this timer! This means that each jump is followed by an ever increasing "cooldown" that quickly become very large making jumps beyond 15-20 LY very time consuming.

How it used to be:

Little Bobby Tables is sitting in his Archon in UJY-HE in at the top of Deklein, just after the Oceanus release. He wants to travel to Atioth, at the bottom of Geminate, which is around 50 LY as the space-crow flies. He consults a popular jump planning service, which gives him a route of four jumps and 53 LY. He’s travel fit and has max skills, so his jump range is 14.625 LY and he’s expecting to be limited primarily by the session change timer. The journey takes him around two minutes.

How it will be:

A month or so later, he’s back in UJY-HE, and Phoebe has just shipped. His Archon’s jump range is now 5 LY. He consults his jump planner, and finds that his route is now 12 jumps and 54 LY. He hasn’t jumped anywhere since the release, so he has no jump fatigue.

His first jump, of 4.85 LY, takes him to U-TJ7Y. Because he has no fatigue before the jump, he gains a minimum-length jump cooldown timer: 1 minute, plus 4.85 minutes for the distance travelled, for a total of 5.85 minutes, or 5 minutes 51 seconds. He also gains a jump fatigue value of 5.85.

He waits for just under six minutes. In this time his jump fatigue decays down to 5.27. He then makes his next jump – 3.57 LY to LEK-N5. He gets a 5 minute 16 second jump cooldown timer, because his fatigue was 5.27 when he jumped, and his minimum timer would be 4 minutes 34 seconds based on range travelled. He then gets a fatigue increase after the jump. Because he travelled 3.57 LY, his fatigue is multiplied by 4.57, taking it up to 24.06.

After waiting for 23.5 minutes at the convenient local station, his fatigue is down to 119.79. He jumps again, to 2R-CRW – 4.9 LY. At this point his cooldown timer is 2 hours 2 minutes 8 seconds, and his fatigue is 706.74. At this point his total distance travelled is 17.51 LY, leaving him with 37.04 LY to go. He looks at his map, and finds a 40-route jump through nullsec to get to the same destination, and figuring two minutes per system, his warp travel time for the whole journey is a bit over half the cooldown for his next jump. He decides to fly there directly rather than trying to jump any further.

This won't completely stop the large coalitions from projecting into other regions, but it will encourage them to travel some (or most) the way Gate to Gate as it was intended. As a result this will create many tactical opportunities to limit enemy fleets movement through space. Potentially creating scenarios where a fleet MUST push through a gate camp to get to the fight.

From a Tactics point of view it will allow for much more cool planning, and Space Chess.

But what about Black Ops and Jump Freighters?

First of all Black Ops and Starbase Jump Bridge Ranges will not change, while Jump Freighters (and Rorquals) will get heavily decreased Jump Fatigue from each jump. This mean the impact for Jump Freighters will be minimal.

Black Ops is limited to 7.875 LY per jump or bridge which will give them the longest jump and bridge range of any ship in the game. As a result I see their use increasing slightly after the changes.

First they tend to be abused by large rich coalitions who will just drop 20+ Black Ops BS to gank a small fleet or even solo pilot. But Jump Fatigue will limit this slightly. I say slightly because there is no reason why they couldn't go gate to gate through high sec until near the target area.

But more importantly Black Ops are used as a counter to ISK Farming. Many alliances in Sov will rat from Downtime to Downtime in Carriers (often 4+ per system) going from one Anomaly to another. While some are no doubt Bots, many are just ISK farmers who either RMT the ISK or use it to generate ISK for PLEX and Super Capitals.

I have always seen Black Ops as an Asymmetric Warfare Tool and I'm very happy they are not heavily nerfing them.

It will be interesting to see what happens and I am eagerly looking forward to Phoebe which should be released in early November.